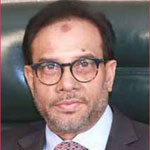 Mr. Mohammed Mahtabur Rahman (Nasir) a seasoned businessman and well versed in a broad range of trade ventures around the world hails from Sylhet. Born in 1958, he completed his education there itself and pursued with passion his traditional family owned business, which was established in the holy city of Makkah, Kingdom of Saudi Arabia in the year 1970. He mastered the art of craftsmanship of the Fragrance Industry and surmounts the business to new heights. He is currently the Chairman & Managing Director of Al Haramain Perfumes Group of Companies and the Chairman of NRB Bank Limited, which is one of the leading 4th Generation Banks in Bangladesh.

After foreseeing the potential Fragrance Markets in the GCC & MENA region, he moved his entire operation & manufacturing units to the UAE and built the modern and well equipped Head Office fitted with ORACLE-ERP Server in an area of 33,000 sqft and also established a Factory in the UAE covering an area of over 350,000 sqft, which grew into a state-of-the-art manufacturing unit using automatic & semi-automatic ultramodern machineries including ‘Agilent’ quality control equipment in the R&D Department. The quality conscious Al Haramain Perfumes, has been accredited by the authorities with Dual ISO Certificates in QMS (ISO 9001: 2008/2015) & GMP (ISO 22716 : 2007) and received scores of Appreciation Certificates & Accolades,

He opened the first branch in Dubai and gradually expanded more than 100 branches all over the UAE/GCC countries & beyond in the name of Al Haramain Perfumes and the following sister concerns: 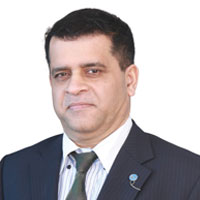 Mr. Kabir is Vice Chairman of the Board and also a member of the Executive Committee of the Board of Directors of NRB Bank Limited.

Mr. Tateyama Kabir is a dual citizen of Bangladesh and Japan. He is the President of Kabir Auto Export Co. Ltd. He is one of the most successful exporters of cars from Japan around the world. He is expanding his investments in automobile sector in Bangladesh. He has the potentials to build relationship between Japan and Bangladesh. He is the Chairman of KM Global Limited and Soft Bangla Limited. He is also the Managing Director of Sumday Development Company Ltd. and the proprietor of Ocean Auto located in Bangladesh.

Mr. Tateyama Kabir is member of different social and cultural organizations including Dhaka Club, All Community Club and the Elite Lion’s Club, Owners Association, Youth Club in Japan etc. He is equally active in many community development and social services programmes.

He has remained an honourable patron to a good number of educational institutions contributing significantly to the advancement of country’s education.

He has completed his Masters in Japanese language from University of Toyama, Japan. He is married to Mrs. Hasina Akther and is blessed with two daughters and one son. 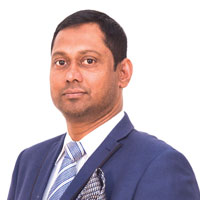 Mr. Mohammed Jamil Iqbal is the founder and Chairman of Jamil Iqbal Ltd. which is one of the largest construction companies of Bangladesh. He is a successful NRB entrepreneur and investor. He is the chairman of Manor Trade and Divine Properties Ltd.

Mr. Iqbal is the proprietor of M/S. Md. Jamil Iqbal, J.I. Stone Supplier and the owner of many Crushing plants. He deals in exports and imports. He is used to import construction materials and machineries. Mr. Iqbal is the partner of Al Anood Perfumes Co. (LLC), Deira, Dubai, UAE.

Mr. Iqbal comes of a noble Muslim family of Akakhajana (Borobari), Beanibazar, Sylhet. Having obtained graduation he engaged himself in various types of business. He is a member of the Sylhet Chamber of Commerce and Industry. He is associated with various socioeconomic activities.

Mr. Iqbal is a British Citizen. He is the highest Tax payer in Sylhet and received national award from the Government of the People’s Republic of Bangladesh from assessment year 2007-08 to 2013-14 (07 years) at a stretch. 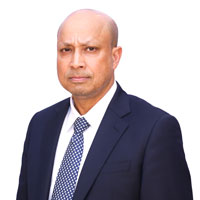 He is successful entrepreneur and businessman running his enterprises abroad. He has major contribution in remitting foreign currency in the county alongside different social welfare activities for the betterment of the society. He is contemplating to invest in Bangladesh as a contribution to the economic development of the country.

Currently he is associated with following organizations: 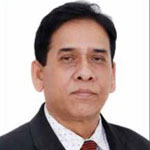 Mr. Amin is a Bangladeshi origin American Citizen. He was born in Noakhali on 31 December 1956. He is a successful entrepreneur

He is the proprietor of the following businesses in U.S.A. :

He is also the proprietor of the following businesses in Bangladesh:

He holds a Bachelor Degree. He is running his business successfully both in America and Bangladesh for the last 29 years 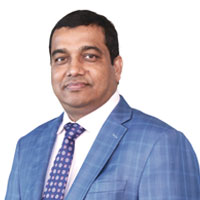 Mr. Mohammed Jahed Iqbal is Vice Chairman of the Executive Committee and one of the members of Risk Management Committee of the Board of Directors of NRB Bank Limited.

Mr. Mohammed Jahed Iqbal is a successful NRB entrepreneur and possesses excellent business background. He comes of a noble Muslim family of Beanibazar, Sylhet. Having obtained graduation he engaged himself in various types of businesses. 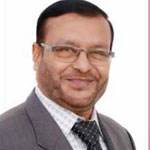 Mr. Abdul Karim is a Director and a Member of Executive Committee of the Board of Directors of NRB Bank Limited.

Mr. Karim is an experienced businessman in the field of perfume industry. He started his business career by developing an interest towards the making of perfumes. His company, Hassan Shahin Ahmed Perfumes L.L.C. was established in 1982, in Dubai, UAE. The perfumes are imported and exported to and from around the globe. He now holds the position of Managing Director of the company.

His keen concern in helping the needy in every way has given him many opportunities to develop the community. He is the chairman of a charitable organization ‘Sylhet Bivag Unnoyon Porishod’ which is based in Dubai, UAE, the Chief Advisor of another organization ‘Bangladesh Shomaj Kollyan Shomitee’ in UAE, and one of the founder members of Bangladesh Business Council. 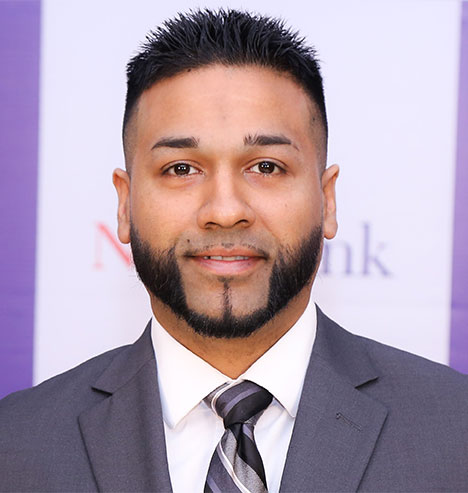 A young, energetic and promising entrepreneur Mr. Humayen is an able successor of his father Late Mr. Fazlur Rashid Khan who was a sponsor director of the Bank. While contributing to the Bank as one of its Directors, he is steering the business of his late father skilfully aiming towards bringing them to new heights. 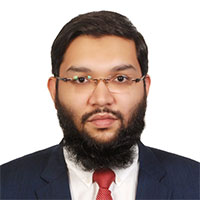 Dr. Ehsanur Rahman is a Director of NRB Bank Ltd and one of the Members of the Executive Committee of the Board of Directors.

He has obtained his M.B.B.S from Padmashree Dr. D.Y Patil University, India and MSc in Health Management in UK.

Dr. Rahman is a Non-resident Bangladeshi who resides in Dubai, UAE. He is a third-generation entrepreneur in his family fragrance industry business. He pursued with passion in his traditional family-owned business; Al Haramain Perfumes which was established in the holy city of Makkah, Kingdom of Saudi Arabia in the year 1970.

Dr. Rahman is also associated with other business forums and socio-cultural organizations in Bangladesh and abroad. 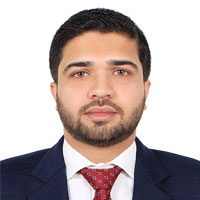 He holds a Bachelor’s of Science in Marketing and Master of Business Administration from SUNY Oswego, New York, USA.

Mr. Rahman is a Non-resident Bangladeshi who resides in Dubai, UAE. He is a third-generation entrepreneur in his family fragrance industry business. He pursued with passion in his traditional family-owned business; Al Haramain Perfumes which was established in the holy city of Makkah, Kingdom of Saudi Arabia in the year 1970.

Mr. Ashfaqur Rahman is also associated with other business forums and socio-cultural organizations in Bangladesh and abroad.

Ms. Bayzun N Chowdhury is one of the Director of NRB Bank Limited.

She is a Bangladeshi Origin and American citizen. She was born on 12 th October, 1964 in Sylhet, Bangladesh. A renowned personality in philanthropy circles of the country. With long business and Professional experience. Beyond philanthropic works, she is also involved with various social development projects in UAE and Bangladesh and has a keen interest in banking, Stock Brokerage and healthcare. Her other business affiliations are:

She has been actively involved with the Vice President, Dubai Women Associate of UAE.

A connoisseur of art, she is popular among the arts circle for her patronage of talented and promising artists.

She has been involved in other social activities and number of charity organizations in UAE and Bangladesh as well. 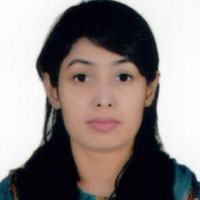 Dr. Rafa Jaigirdar is one of the Director of NRB Bank Limited.

Dr. Rafa Jaigirdar is a Bangladeshi Citizen & UAE resident. She is born in a respected and distinguished family of Sylhet, Bangladesh.

She was Ex-President and Co-founder of “Sojiboni” (Voluntary Blood Bank of SWMCH). She also was secretary (Sylhet Zone) in an international organization called MAA (Maternal Aid Association).

She has been involved in other social activities and number of charity organization in UAE and Bangladesh as well. 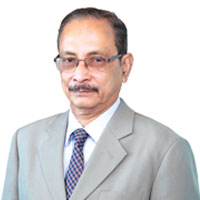 A postgraduate in Physics from Rajshahi University, he started his career in 1977 as Probationary Officer in Janata Bank Limited and retired as Additional Managing Director from Mercantile Bank Limited in 2016. 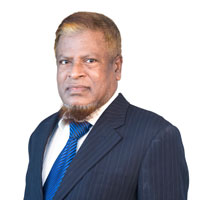 Mr. Md. Motior Rahman is an Independent Director of NRB Bank Limited. He is the Chairman of Audit Committee and also a member of Risk Management Committee of the Board of Directors of the Bank.

A postgraduate in Accounting from Dhaka University, he started his Banking career in 1973 as Probationary Officer in Pubali Bank Limited and retired as Managing Director from Jamuna Bank Limited in 2012. 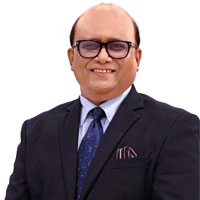 Dr. Md. Kamrul Ahsan is an Independent Director of NRB Bank Limited and also a member of Executive Committee of the Board of Directors of the Bank.

Dr. Md Kamrul Ahsan did his MS degree in Development Studies from the Institute of Social Studies (ISS) from Netherlands. He also did his Ph.D. in Environmental Science. He studied in Macquarie University and University of New England, Australia. He got trained in many contemporary administrative and management issues from various countries like Thailand, Japan, China, Philippines, Vietnam, India etc.

Dr. Ahsan was UNO at Kasbaupazilaunder Brahmanbaria district. He was Additional Deputy Commissioner and Additional District Magistrate at Manikganjdistrict and Additional Deputy Commissioner(General) in Dhaka district. He also served as one of the Directors in the Prime Minister’s Office. He was in lien and worked in the United States of America for five years. He was Deputy Secretary, Joint Secretary and Additional Secretary in the Roads and Highways Division under the Ministry of Road Transport and Bridges.Dr. Md Kamrul Ahsan was also the Chairman of Bangladesh Road Transport Authority (BRTA).

Dr. Md Kamrul Ahsan was a brilliant civil servant of BCS (Admin) Cadre. He served as an honest, dedicated and efficient public servant for long 32 years in Bangladesh Civil Service. He was awarded National Integrity Strategy (NIS) prize for his honesty and dedication.

Dr. Ahsan is married and has two sons. 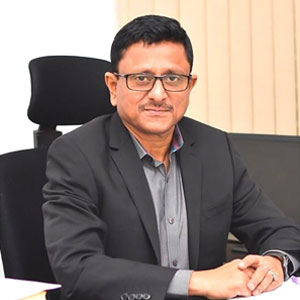 A Postgraduate in Accounting from the University of Dhaka, Mr. Mamoon Mahmood Shah started his banking career as Probationary Officer of IFIC Bank Ltd. Mr. Mahmood joined NRB Bank Limited as Additional Managing Director in 2019. He has to his credit a wide range of banking experience of more than 30 years which includes serving in key positions in a number of both local and multinational banking institutions such as EBL, HSBC, Standard Chartered, ANZ Grindlays, etc. Mr. Shah also held the position of MD & CEO of ICB Islamic Bank, National Finance Ltd., GSP Finance.